Procellaria is a genus of southern ocean long-winged seabirds related to prions and a member of the Procellariiformes order.

There are five species, and all five species are named as ‘petrel’, although they were thought to be more closely related to the shearwaters and current research places them closer to the prions.

They range from the cold waters of the southern oceans to the temperate waters, and ar pelagic except during the breeding season.

These tubenoses fly like Shearwaters, with stiff wings and shearing technique across wave fromts. This technique saves energy. During breeding season they utilize coastal cliffs on islands, laying their single egg in a burrow. 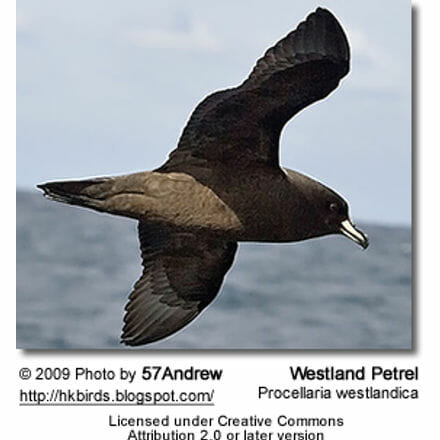 Of the five species, four of them are listed as Vulnerable and the last is Near Threatened.

This feature gives them their common name, Tubenoses. The opening to the nostril is located differently in some birds. These birds have the opening on top of the upper bill. Second, they produce a stomach oil that contains wax esters and triglycerides. This oil fills two functions.

When predators threaten the birds or their chick or egg, they spit the substance on them. This substance has an awful smell, and mats the feathers down degrading their usefulness.

Also, they can digest the wax esters for a high energy source of food, during long flights or the period of time that they are incubating their egg or caring for their young.

Finally, they have a salt gland that is located above their nasal passages and helps desalinate their body, as they drink seawater. They excrete the salty waste out their nose. 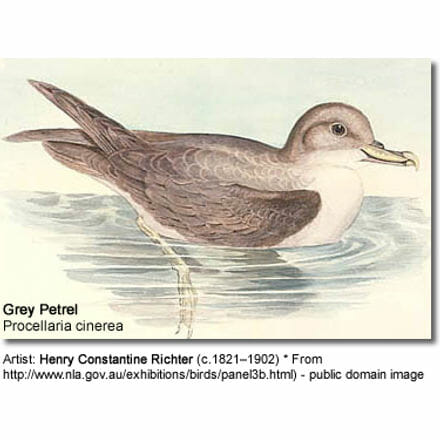