Quail is a collective name for several genera of mid-sized birds in the pheasant family Phasianidae, or in the family Odontophoridae. Here you can get all the Quail Species Information. 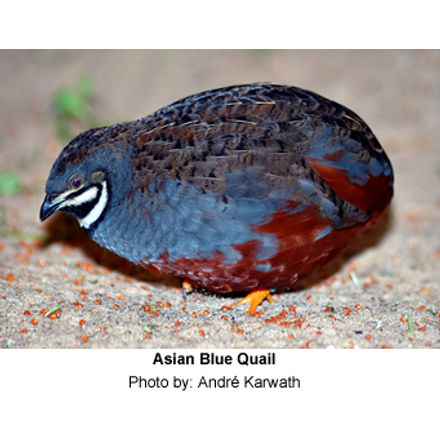 Quail is a collective name for several genera of mid-sized birds in the pheasant family Phasianidae, or in the family Odontophoridae. The below address the Old World species (Europe, Africa, Asia) . The New World quails (endemic to the Americas) are not closely related, but are named for their similar appearance and behaviour.

Please note that the buttonquails, found in the Old World, are not true quails.

The quails are small, plump terrestrial birds. They are seed eaters, but will also take insects and similar small prey. They nest on the ground. They are capable of short, rapid bursts of flight. Some species, including the Japanese and Common Quail, are migratory and fly for long distances.

Some quail are farmed in large numbers. These include Japanese Quail, also commonly known as coturnix quail, which are mostly kept to produce eggs that are sold worldwide.