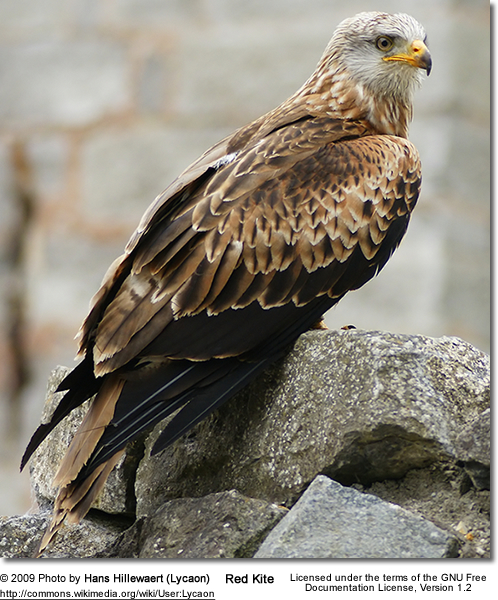 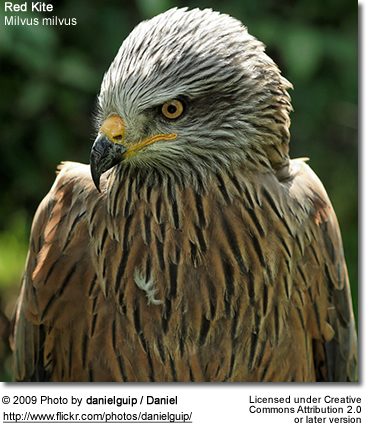 The Red Kite (Milvus milvus) is a medium-large bird of prey in the family Accipitridae, which also includes many other diurnal raptors such as eagles, buzzards and harriers. It is a European rare species which is resident in the milder parts of its range, but birds from northern and central Europe winter further south and west.

The Red Kite is 60–66 cm (24-27 in) long with a 175–195 cm wingspan; males have a weight of 800–1200 g, and females 1000–1300 g. It is an elegant bird, soaring with long wings held at a dihedral, and long forked tail twisting as it changes direction. The body, upper tail and wing-coverts are rufous. The white primary flight feathers contrast with the black wing tips and dark secondaries (shorter, upper “arm” feathers). Apart from the weight difference, males and females look alike, but juveniles have a buff breast and belly.

The call is a thin piping, similar to but less mewling than the Common Buzzard. 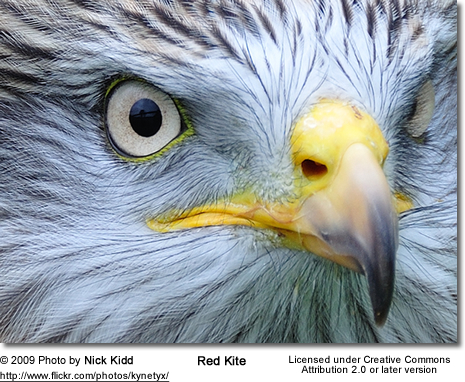 Differences between adults and juveniles

Adults differ from juveniles in a number of characteristics:

These differences hold throughout most of the first year of a bird’s life. 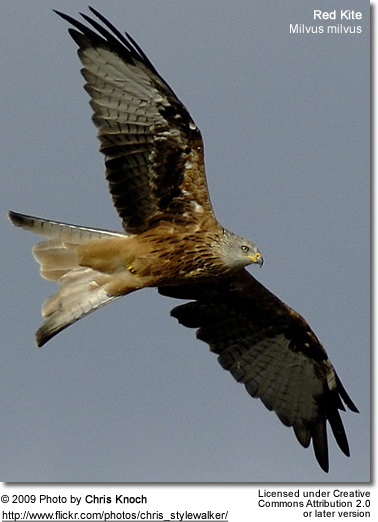 In the Middle Ages, Red Kites were much more widespread, their scavenging habits making them the refuse collectors of the day, but their numbers have much decreased through illegal persecution and poisoning. Rumours spread amongst the farming community that they were capable of killing sheep, as they were often found scavenging off animal carcasses. In reality, they will only take small live prey as well as dead animals, and will rob other birds. Their scavenging nature makes them particularly vulnerable to accidental secondary poisoning, where they scavenge the carcass of an animal that has been poisoned and succumb to the poison themselves.

In the United Kingdom, the breeding population eventually became restricted to a handful of pairs in Wales, but recently the Welsh population has been supplemented by re-introductions in England and Scotland. In 1989 six Swedish birds were released at a site in north Scotland and four Swedish and one Welsh bird in Buckinghamshire. Altogether, 93 birds of Swedish and Spanish origin were released at each of the sites. In the second stage of reintroduction in 1995 and 1996, further birds were brought over from Germany to populate the areas of Dumfries and Galloway, and the Derwent Valley.

The reintroductions in The Chilterns have been a particular success, with a now well-established strong population across Oxfordshire, Berkshire and Buckinghamshire. The Kites are a common sight above the houses of the Buckinghamshire village of Stokenchurch and its surrounding area. Sightings are common along the M40 between Oxford and Wycombe, all the way down to Reading and Newbury on the M4. In June 2006, the UK-based Northern Kites Project reported that kites have bred in the Derwent Valley for the first time since the re-introduction. 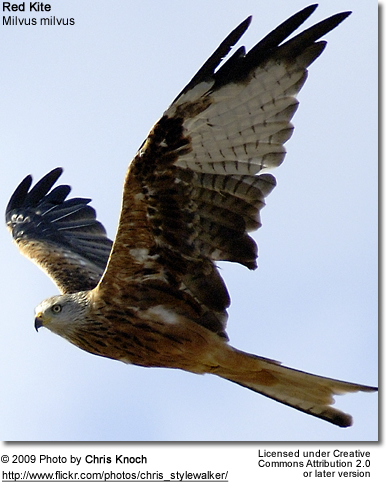 One of the best places to see the Red Kite is Skåne in southern Sweden: here it is less rare, and may be observed in one of its breeding locations such as the Kullaberg Nature Preserve near Molle.

One of the best places to see them in the UK is Gigrin Farm near Rhayader, mid Wales, where hundreds are fed by the local farmers. This has a dual purpose: it is intended to help sustain and increase the kite population through the provision of extra food, and it also acts as a tourism draw.

Locations at which this takes place include: 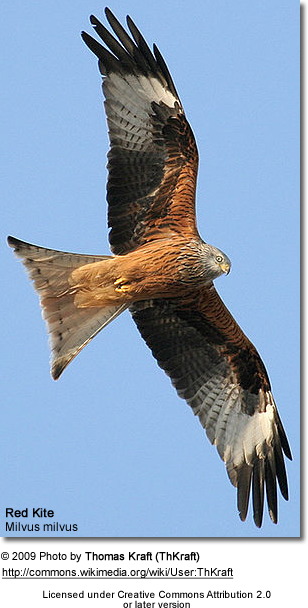 At all three of these sites, birds are fed daily.

Debate has taken place over the effectiveness of kite-feeding as a conservation method. Practitioners of kite-feeding argue that it has helped to increase the species’ population, and sustain the birds through poor winters. It has also been suggested that the practice of feeding kites has hampered their spread out of central Wales into other parts of the United Kingdom.

At signs of danger a mother will signal the young who will ‘play dead’ to the extent that a fox will believe them to be dead and leave them, thinking it can return to eat them later.

At signs of danger a mother will signal the young who will “play dead” to the extent that a fox will believe them to be dead and leave them, thinking it can return to eat them later.

As scavengers, red kites are particularly sensitive to illegal poisoning. Illegal poison baits set for foxes or crows are indiscriminate and kill protected birds and other animals. It is estimated that at least half the kites in Wales die through this deliberate abuse of agricultural chemicals.

The species nests in trees, often close to other kites; in winter, many kites will roost together. In the spring the nests are obvious at the tops of trees. From a distance they look like rookeries, including the swirling pattern of the birds. From closer to, one can see that the birds are not rooks but kites because of the more slender wings.

Adult red kites are sedentary birds, and they occupy their breeding home range all year. Each nesting territory can contain up to five alternative nest sites. Both birds build the nest on a main fork or a limb high in a tree, 12-20m high. It is made of dead twigs and lined with grass and sheep’s wool

The Red Kite has been known to successfully hybridize with the Black Kite in captivity where both species were kept together, and in the wild on the Cape Verde Islands.

The Red Kites on the Cape Verde Islands were once considered by some to be a separate species, the Cape Verde Kite (Milvus fasciicauda). However, a recent mtDNA study on museum specimens suggests that they are indistinguishable from other Red Kites. However, this result is problematic as mtDNA analysis is very susceptible to hybridization events, the evolutionary history of the Cape Verde population is not known, and the genetic relationship of Red Kites in general is very confusing, with geographical proximity being no indicator of genetic relatedness. Given the morphological distinctness of the Cape Verde birds (which were between Red and Black Kites from their outward appearance and the fact that the Cape Verde population was isolated from other populations of Red Kites, it cannot be conclusively resolved at this time whether the Cape Verde population wasn’t a distinct subspecies (as M. migrans fasciicauda) that frequently absorbed stragglers from the migrating European populations into its gene pool. More research seems warranted, but at any rate the Cape Verde birds are now effectively extinct, all surviving birds being hybrids with Black Kites (which merely raises further questions about their taxonomic status). 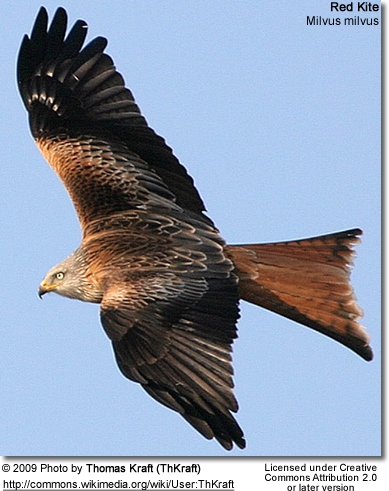