The Rodrigues Grey Pigeons are an extinct species of pigeon formerly endemic to the Mascarene island of Rodrigues. It is known from a subfossil sternum and some other bones, and the descriptions of Leguat (1708) and Julien Tafforet (1726). 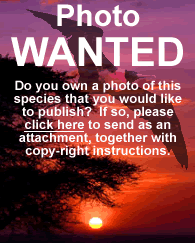 The Rodrigues Grey Pigeon is an extinct species of pigeon formerly endemic to the Mascarene island of Rodrigues. It is known from a subfossil sternum and some other bones, and the descriptions of Leguat (1708) and Julien Tafforet (1726). It was a bird the size of a Tambourine Dove and colored slate grey. Leguat and his companions took a fancy to these tame and confiding birds and had several dozen birds attending their outdoor table at mealtime to wait for scraps; they were especially fond of melon seeds. In 1693, the bird was found foraging on the island, but nested only on offshore islets which the rats that had been introduced at some time in the 17th century had not yet reached.

This bird is usually assigned to the genus Alectroenas, but this is erroneous. In reality, it probably belongs to an undescribed genus, as the sternum’s shape is very dissimilar in its details to that of Alectroenas or Columba, and indeed to any other living genus of pigeons and doves. It is most similar to that of the Gallicolumba ground doves or to a miniature version of the sternum of a Ducula imperial pigeon. If this similarity is not based on convergence, considering the evolutionary relationships of the dodo and the Rodrigues Solitaire, the Rodrigues Grey Pigeon is quite possibly the closest relative of the Raphidae that was still alive in historic times. This does not mean that there is any close relationship between this bird and the didine pigeons, only that both derived, independently, from the same Indo-Asiatic lineage, which became extinct millions of years ago.

Two tarsometatarsi were attributed to this species later, but they in all likelihood belonged to another species, the Rodrigues Turtle Dove. This bird was not mentioned in historical accounts; the most likely explanation is that it did not manage to colonize the offshore islets before being killed off by the rats and thus became extinct before 1690. A humerus of this taxon aparently is also known.

The enigmatic report of a slate grey pigeon that occurred on Rodrigues, if not referring to the presumed local species of Alectroenas, could indicate a relative of the Rodrigues species. See Réunion Pink Pigeon for more details.