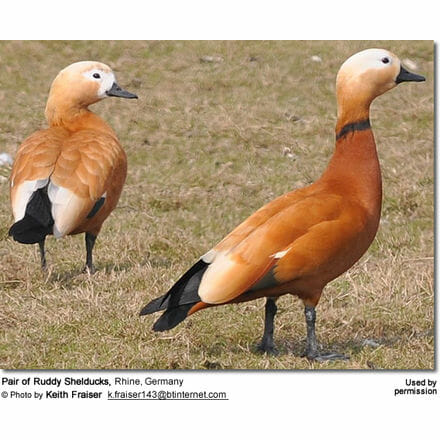 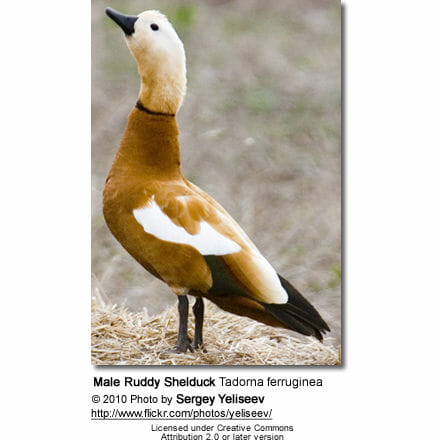 The Ruddy Shelduck (Tadorna ferruginea) is a member of the duck, goose and swan family Anatidae. It is in the shelduck subfamily Tadorninae. In India it is known as the Brahminy Duck.

In Tibet and Mongolia, Ruddy Shelduck is considered sacred by the Buddhists. It is also a sacred animal in Slavic mythology. In Hindi and Urdu (India/Pakistan) it is called Surkhab.

The genus name Tadorna comes from Celtic roots and means “pied waterfowl”, essentially the same as the English “shelduck”.

The Ruddy Shelduck is one of the species to which the Agreement on the Conservation of African-Eurasian Migratory Waterbirds (AEWA) applies.

There are very small resident populations of this species in north west Africa and Ethiopia, but the main breeding area of this species is from south east Europe across central Asia to southeast China. These birds are mostly migratory, wintering in southern Asia.

Although becoming quite rare in southeast Europe and southern Spain, the Ruddy Shelduck is still common across much of its Asian range. It may be this population which gives rise to vagrants as far west as Iceland and Great Britain. However, since the European population is declining, it is likely that most occurrences in western Europe in recent decades are escapes or feral birds. Although this bird is observed in the wild from time to time in eastern North America, no evidence of a genuine vagrant has been found.

The Ruddy Shelduck is usually found in pairs or small groups and rarely forms large flocks. However, moulting and wintering gatherings on chosen lakes or slow rivers can be very large. 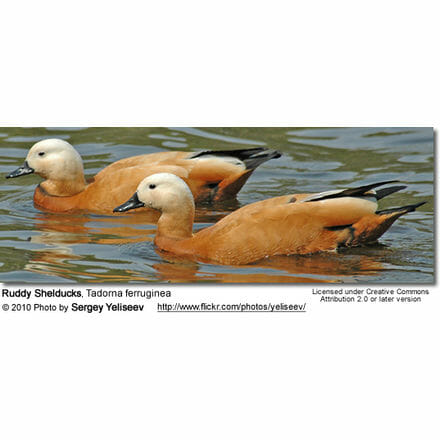 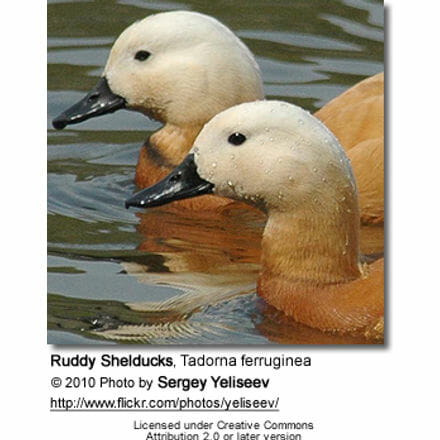 The Ruddy Shelduck is a distinctive species, 58–70 cm long with a 110–135 cm wingspan. It has orange-brown body plumage and a paler head. The wings are white with black flight feathers. It swims well, and in flight looks heavy, more like a goose than a duck.

The sexes of this striking species are similar, but the male has a black ring at the bottom of the neck in the breeding season summer, and the female often has a white face patch.

The call are is a loud wild honking.

This is a bird of open country, and it will breed in burrows, tree holes or crevices distant from water, laying 6-16 creamy-white eggs, incubated for 30 days.

In captivity this species is generally aggressive and antisocial and is best housed in pairs unless in a very large area. Then it may mix with other species, although it will still be feisty at breeding time. 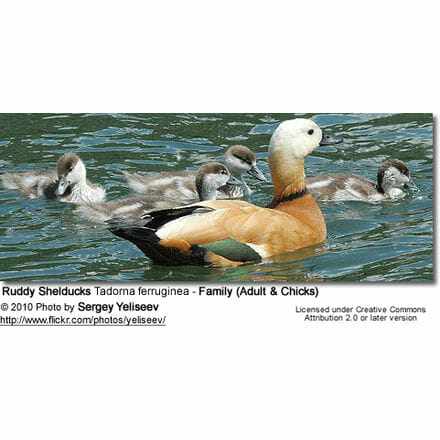 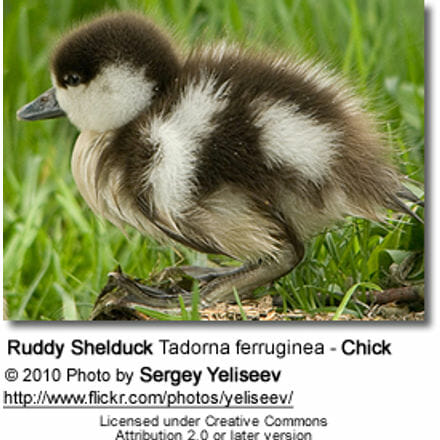 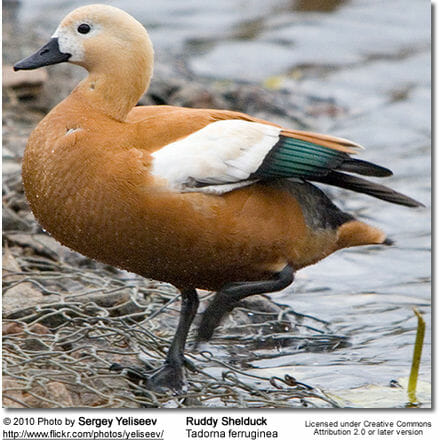 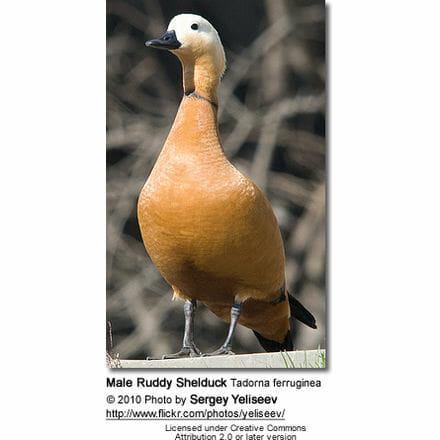 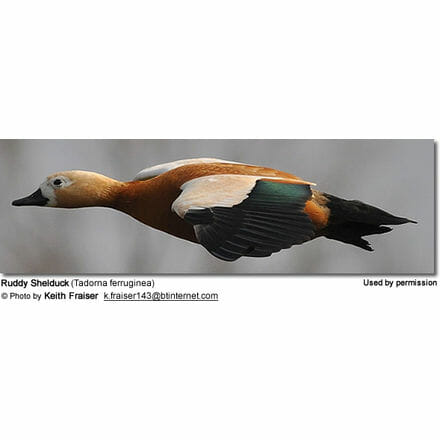