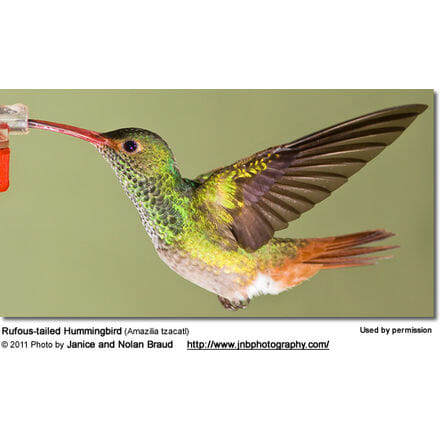 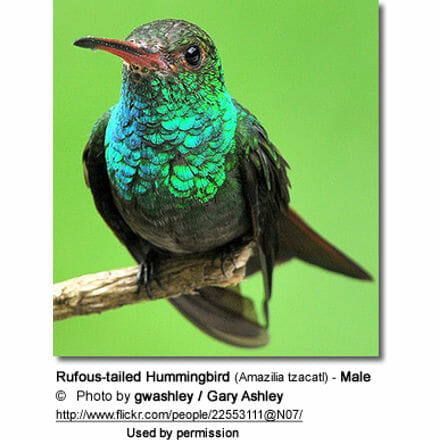 The Rufous-tailed Hummingbird (Amazilia tzacatl) – also known as Rieffer’s Hummingbird – is a common Central and South American hummingbird that can be found in the open country, along river banks and the forest edge, in woodland and scrub, as well as plantations and gardens up to 1850 m (6000 ft).

Formerly considered a separate species, the larger Escudo Hummingbird from Isla Escudo de Veraguas in Panama is now mostly treated as its subspecies.

Other Common or Global Names 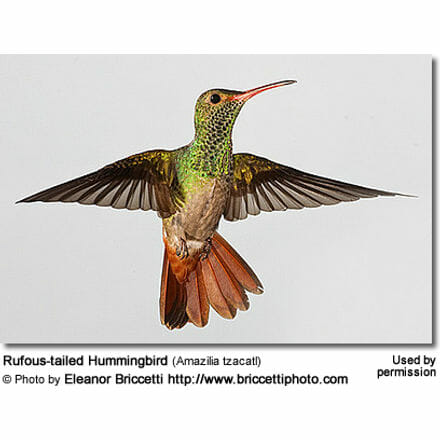 Its range stretches from east-central Mexico, through Central America and Colombia, east to western Venezuela and south through western Ecuador to near the border with Peru.

The male’s throat is green, in the female’s is edged whitish. The crown, back and flanks are green tinged golden. The abdomen is pale greyish. The vent and rump are rufous. The slightly forked tail is also rufous but with a dusky tip.

The bill is almost straight, colored red with a black tip. The upper bill may appear all black.

Similar species: The related Escudo Hummingbird is identical to the Rufous-tailed Hummingbird, except for its larger size. Since the Escudo only occurs on the Caribbean island “Escudo de Veraguas” in Panama, confusion with the mainland Rufous-tailed is unlikely. 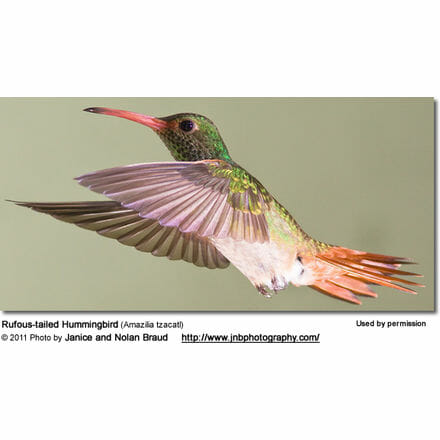 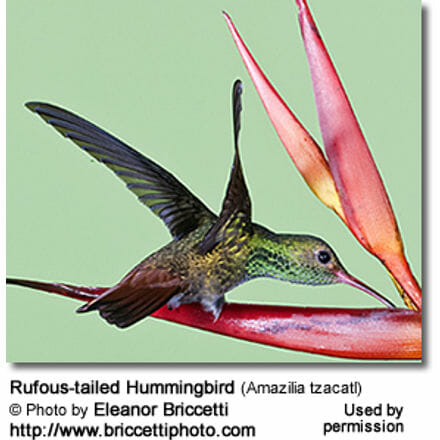 The Rufous-tailed Hummingbirds primarily feed on nectar taken from a variety of brightly colored, scented small flowers of trees, herbs, shrubs and epiphytes, favoring Heliconias and bananas. They use their long, extendible, straw-like tongues to retrieve the nectar while hovering with their tails cocked upward as they are licking at the nectar up to 13 times per second. Sometimes they may be seen hanging on the flower while feeding. 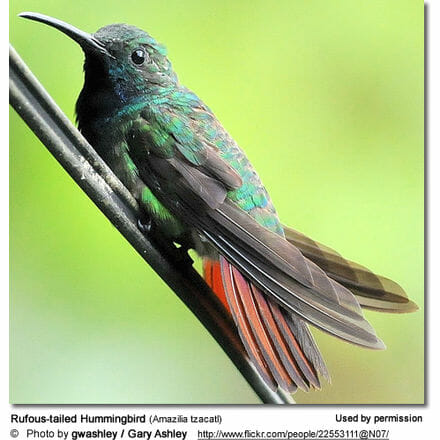 The female is responsible for building the cup-shaped nest out of plant fibers woven together and green moss on the outside for camouflage in a protected location, typically about 1 – 6 m high in a tree, shrub or bush. She lines the nest with soft plant fibers and feather down, and strengthens the structure with spider webbing. The nest is typically found on a low, thin horizontal branch.

Its call sounds like a low chut. The male’s is a whistled tse we ts’ we or tse tse wip tseek tse. 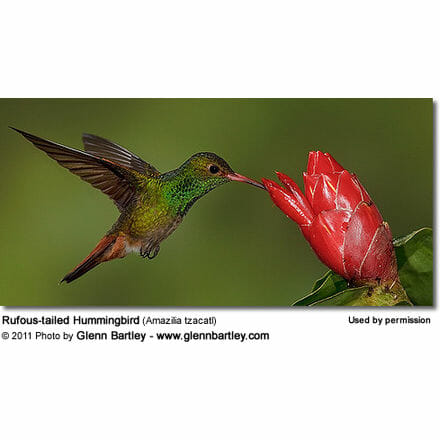