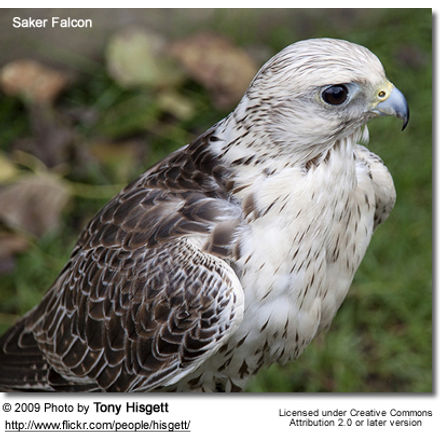 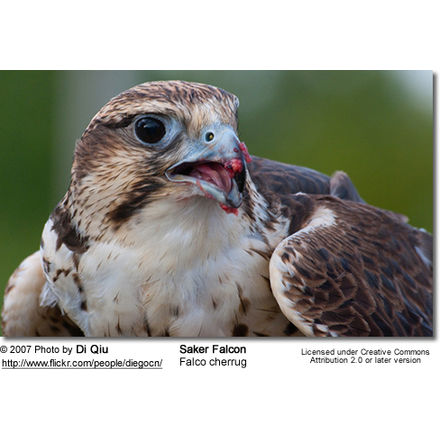 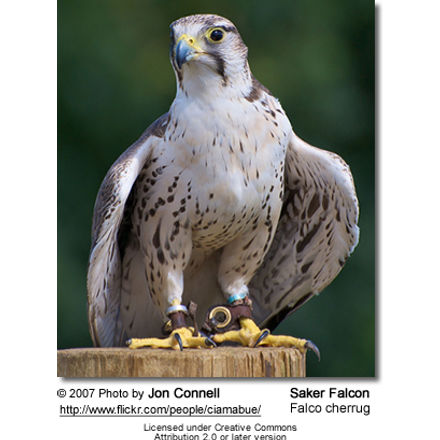 The Saker Falcon (Falco cherrug) is a very large falcon.

This species breeds from eastern Europe eastwards across Asia to Manchuria. It is mainly migratory except in the southernmost parts of its range, wintering in Ethiopia, the Arabian peninsula, northern Pakistan and western China.

The Saker Falcon is a large hierofalcon, larger than the Lanner Falcon and almost as large as Gyrfalcon at 47-55cm length with a wingspan of 105-129cm. Its broad blunt wings give it a silhouette similar to Gyrfalcon, but its plumage is more similar to a Lanner Falcon‘s.

Saker Falcons have brown upperbellies and contrasting grey flight feathers. The head and underparts are paler brown, with streaking from the breast down. 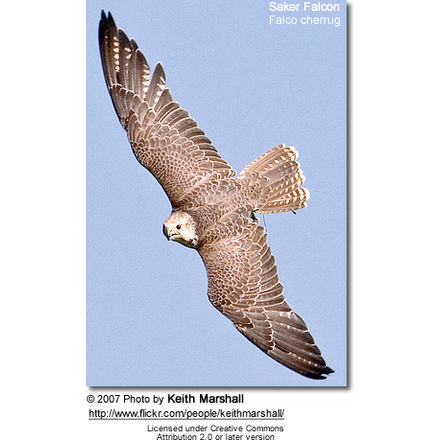 Males (called sakrets in falconry) and females are similar, as are young birds, although these tend to be a duller brown. The call is a sharp kiy-ee.

Adults can be distinguished from the similar Lanner Falcon since the Lanner is blue-grey above with a reddish back to the head. However, juveniles of the two species can be very similar although the Saker Falcon always has a uniformly buff top of the head with dark streaks, and a less clear pattern on the sides of the head.

A further complication is that some Asian birds have grey barred upperparts; these must be separated from Lanner on size, structure, and a weaker moustache stripe. Saker Falcons at the northeast edge of the range in the Altai Mountains are slightly larger, and darker and more heavily spotted on the underparts than other populations. These, known as the Altai Falcon, have been treated in the past either as a distinct species “Falco altaicus” or as a hybrid between Saker Falcon and Gyrfalcon, but modern opinion (e.g. Orta 1994) is to tentatively treat it as a form of Saker Falcon, until comprehensive studies of its population genetics and ecology are available.

Unfortunately, this species belongs to the close-knit hierofalcon complex. In this group, there is ample evidence for rampant hybridization and incomplete lineage sorting which confounds analyses of DNA sequence data to a massive extent; molecular studies with small sample sizes can simply not be expected to yield reliable conclusions in the entire hierofalcon group. The radiation of the entire living diversity of hierofalcons seems to have taken place in the Eemian interglacial at the start of the Late Pleistocene, a mere 130,000-115,000 years ago; the Saker Falcon represents a lineage that expanded out of northeastern Africa into the interior of southeastern Europe and Asia, by way of the eastern Mediterranean region.

Probably the saker falcon (Kerecsensólyom) was the Hungarian mythological bird, the Turul. 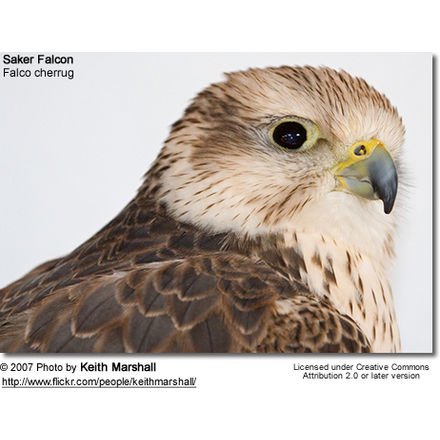 The Saker Falcon is a raptor of open grasslands preferably with some trees or cliffs. It often hunts by horizontal pursuit, rather than the Peregrine’s stoop from a height, and feeds mainly on rodents and birds. In Europe, Ground Squirrels and feral pigeons are the commonest prey items. 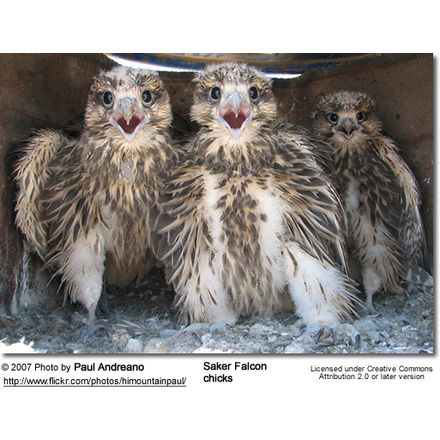 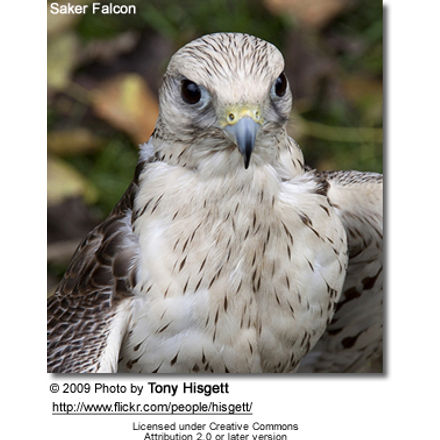 This species usually builds no nest of its own, but lays its 3-6 eggs in an old stick nest in a tree which was previously used by other birds such as storks, ravens or buzzards.

It also often nests on cliffs. 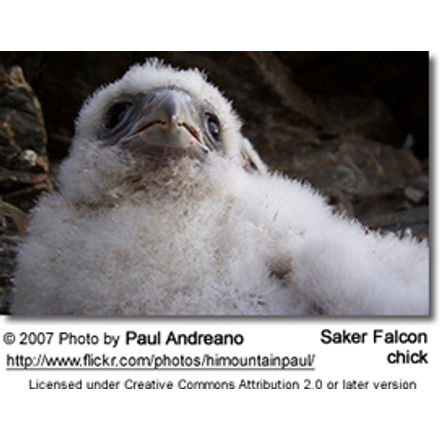 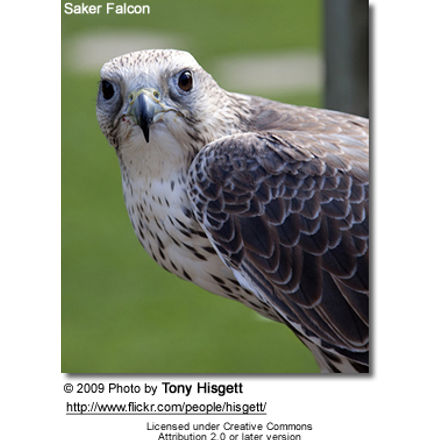 BirdLife International categorises this bird as endangered, due to a rapid population decline, particularly on the central Asian breeding grounds. The species faces pressure from habitat loss and destruction. The population was estimated to be between 7,200 and 8,800 mature individuals in 2004. In the United States there are several captive breeding projects. There are currently several successful breeding projects by falconers in Canada. The most dramatic decline of the Saker falcon in Asia has been in Kazakhstan and Uzbekistan. On the contrary, a strongly protected and relatively abundant population persist in [Hungary]].

Saker Falcon is the national bird of Hungary, known as Turul in the Hungarian mythology. 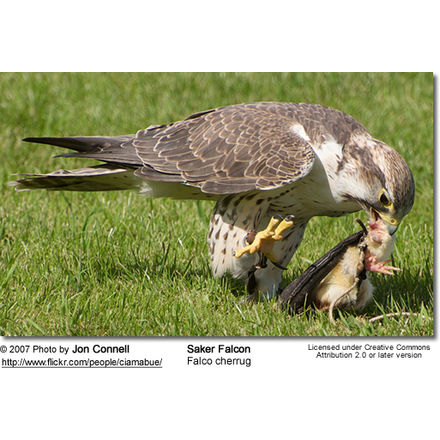