Sea ducks (Merginae) are marine outside the breeding season, although some of the mergansers prefer riverine habitats. The majority of the species occur in far northern latitudes. 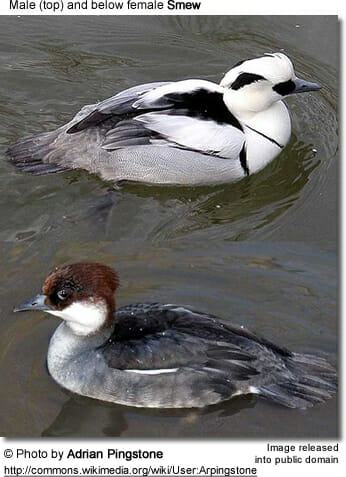 The fish-eating members of this group, such as the mergansers and Smew, have serrated edges to their bills to help them grip their prey. These are therefore often known as “sawbills”. Other seaducks take mollusks or crustaceans from the sea floor.

Many species have developed specialized salt glands to allow them to tolerate salt water.