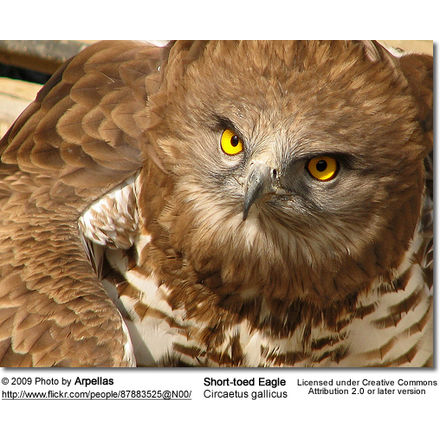 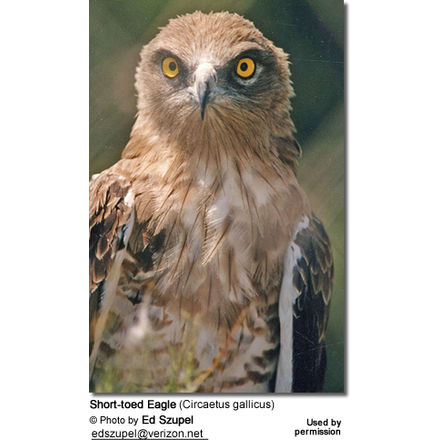 The Short-toed Eagle (Circaetus gallicus) is a medium-sized bird of prey in the family Accipitridae which also includes many other diurnal raptors such as kites, buzzards and harriers.

This is an Old World species spread throughout the Mediterranean basin and into Russia and the Middle East, and into parts of Asia (Pakistan, India and some Indonesian islands).

Those present on the northern edge of the Mediterranean and other parts of Europe migrate mainly to sub-Saharan Africa north of the equator, leaving in September/October and returning in April/May. In the Middle and Far East the populations are resident. In Europe it is most numerous in Spain where it is fairly common but elsewhere it is rare in many parts of its range. A bird on the Isles of Scilly, Britain, in October 1999 was the first confirmed record for that country. 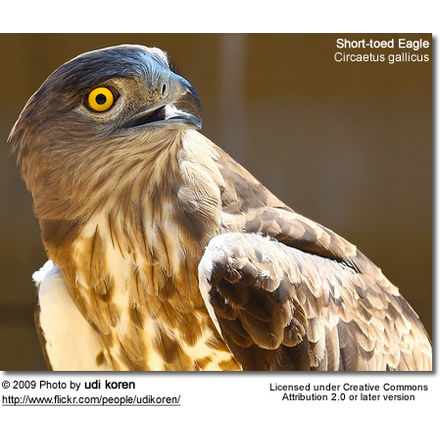 Adults are 63-68 cm long with an 185-195 cm wingspan and weigh 1.7-1.9 kg. They can be recognised in the field by their predominantly white underside, the upper parts being greyish brown. The chin, throat and upper breast are a pale, earthy brown. The tail has 3 or 4 bars. Additional indications are an owl-like rounded head, brightly yellow eyes and lightly barred under wing.

The Short-toed Eagle is an accomplished flyer and spends more time on the wing than do most members of its genus. It favours soaring over hill slopes and hilltops on updraughts, and it does much of its hunting from this position at heights of up to 500 meters. When quartering open country it frequently hovers like a Kestrel. When it soars it does so on flattish wings.

Its prey is mostly reptiles, mainly snakes, but also some lizards. Occasionally small mammals to the size of a rabbit; rarely birds and large insects.

This eagle is generally very silent. On occasions it emits a variety of musical whistling notes. When breeding it lays only one egg, but can live up to 17 years.

The Short-toed Eagle has suffered a steep decline in numbers and range in Europe and is now rare and still decreasing in several countries due to changes in agriculture and land-use. It needs protection. In the middle and far eastern part of its range this species is not yet threatened. 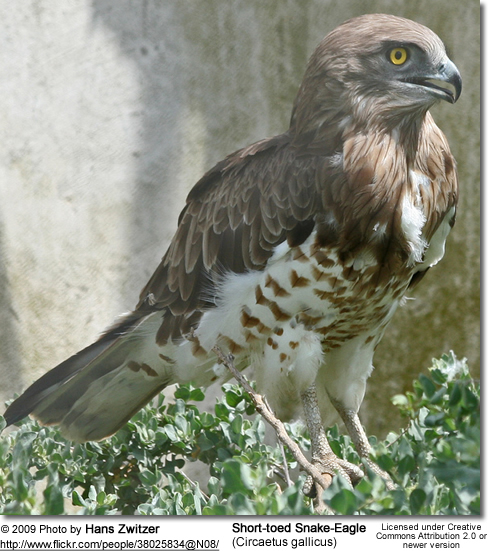 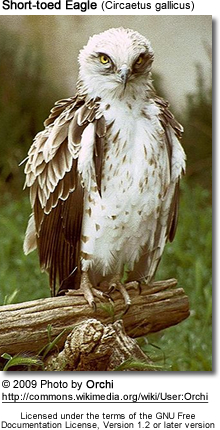 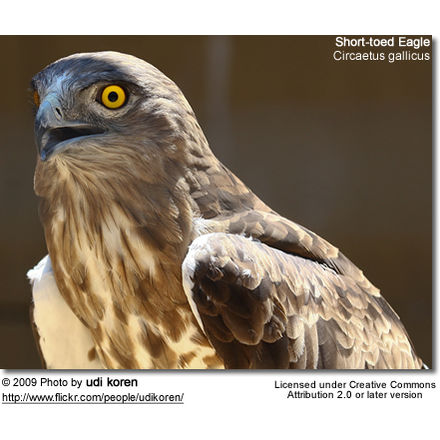 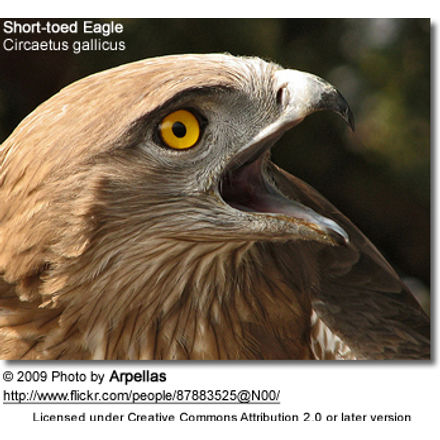