The Sparkling Violetears is a South American hummingbird that is widespread in the highlands of northern and western South America. Many believe it to be the commonest hummingbird species within its range. 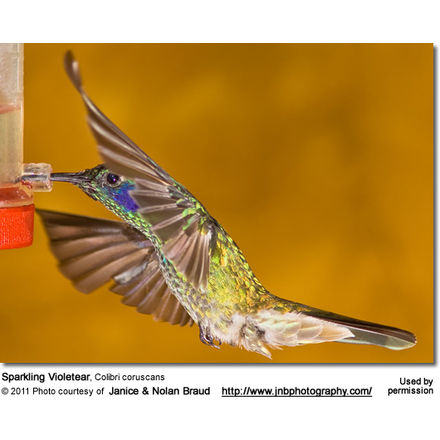 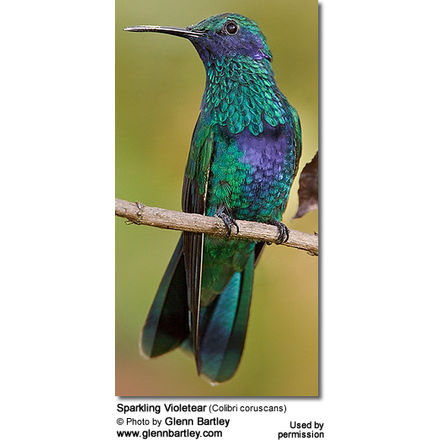 The Sparkling Violetear (Colibri coruscans) is a South American hummingbird that is widespread in the highlands of northern and western South America. Many believe it to be the commonest hummingbird species within its range.

Other Common and Global Names:

They inhabit a large part of the Andes, from the Venezuelan Coastal Range, the Tepuis of southern Venezuela and adjacent northern Brazil, south to northwestern Argentina. This is the most widely distributed species of hummingbird in the Andes.

They are typically found in semi-open habitats, along the forest edge, open areas with scattered shrubs, gardens, parks within major cities. They don’t usually inhabit deep forests. They are, however, commonly found near evergreen eucalyptus forests as they feed on the flowers of these trees.

Within parts of its range, the Sparkling Violet is an elevational migrant. 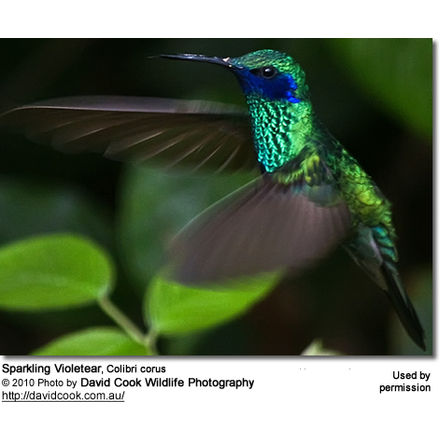 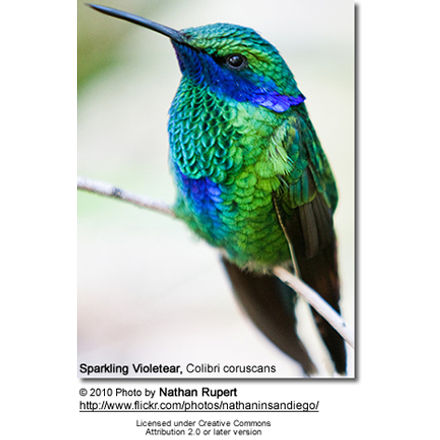 They were named for their sparkly bluish purple feathers from their beaks, to their ear feathers, which are long and stiff.

Its upper plumage is glossy green and the lower plumage is mostly green, except for a blue belly. Its tail is aniridescent green with a blue band. 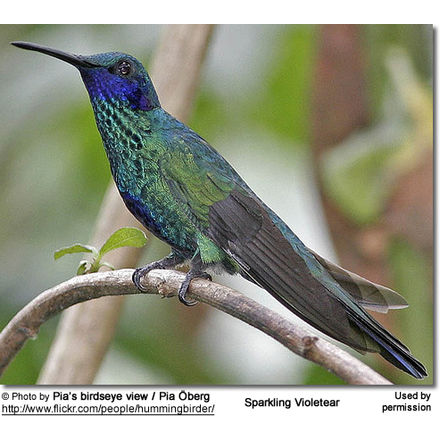 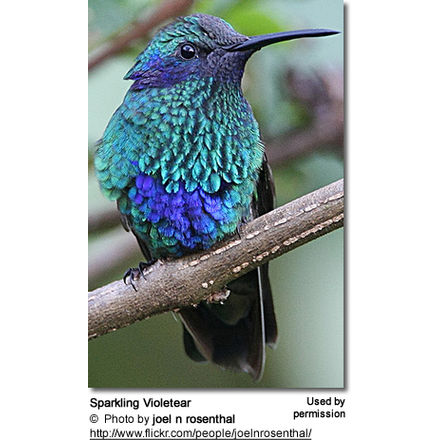 They are very vocal and territorial. They declare their territory by repeating their favorite songs for much of the day. Family groups may develop their own vocalizations.

The breeding season varies by region. In Venezuela, it ranges from July through October.

Hummingbirds in general are solitary and aggressive, and neither live nor migrate in flocks; and there is no pair bond for this species – the male’s main involvement in the reproductive process is the actual mating with the female. Males court females by flying in a u-shaped pattern in front of them. He will separate from the female immediately after copulation. Typically, male hummingbirds don’t participate in raising the chicks. However, there are a couple of reports of male Sparkling Violetears caring for their young.

The average clutch consists of two white eggs, which she incubates alone for about 17 to 18 days. The young are born blind, immobile and without any down. The female protects and feeds the chicks with regurgitated food (mostly insects since nectar is an insufficient source of protein for the growing chicks). The chicks leave the nest when they are about 21 days old. 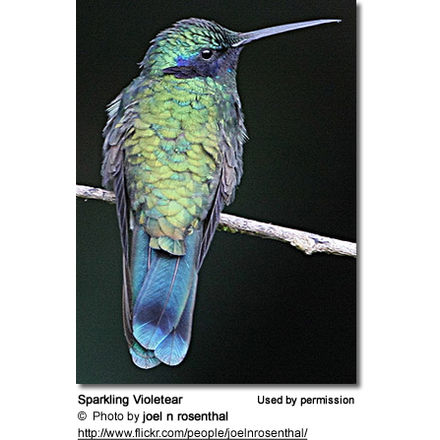 The Sparking Violetear Hummingbirds primarily feed on nectar taken from a variety of brightly colored, scented small flowers of trees, herbs, shrubs and epiphytes. Within their range, they have adapted to feeding on nonnative flowering trees, such as the Eucalyptus. 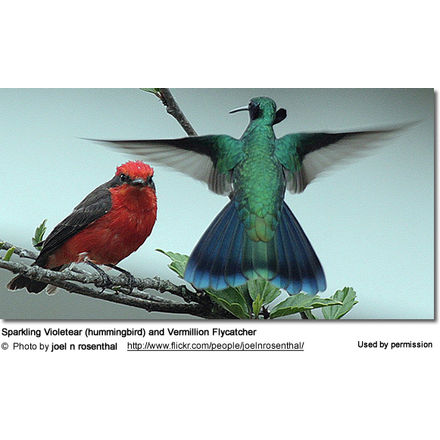