Spindalis is a genus consisting of 4 non-migratory bird species. The genus is considered endemic to the Greater Antilles; a population on Cozumel Island, off the Yucatan Peninsula’s east coast, is part of that island’s West Indian fauna. 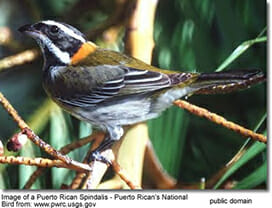 Traditionally considered aberrant tanagers (Thraupidae), their true affiliation remains unresolved. They are not part of the Thraupidae, however.

Spindalis males are characterized by bright plumage while females are duller and have a different coloration. 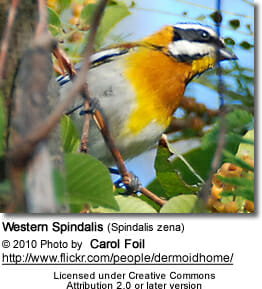 The nests of Spindalis are cup-shaped.