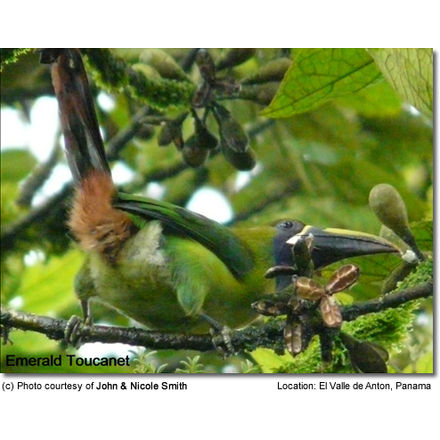 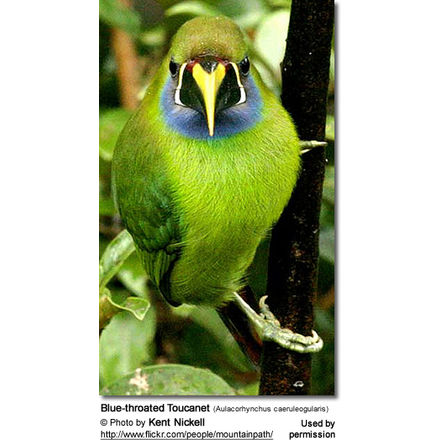 Toucanets are small and relatively short-billed toucans that belong to the toucan family, Ramphastidae. They are distantly related to woodpeckers. They occur naturally in the tropical rain forests of Latin America.

Toucanets are found in the lowlands of southern Mexico and Brazil to the high Andes. The Emerald Toucanet has the widest range of all.

Toucanets measure 25–35 cm (10–14 inches) in length – including its large, yet light-weight , colorful bill and tail. The plumage is mostly green with blue markings.

They are fairly long-lived with a lifespan of around 20 years.