Cockatiels are far less demanding than the larger parrot species. In fact, they are relatively easy to take care of, and, if well socialized, make very loving and amusing pets.

Cockatiel lifespans in captivity are generally given as 15-20 years, though it is sometimes as short as 12 to 15 years. On the other hand, I have heard of several cockatiels that lived 30 years and even longer.

The contradictory opinions may be based on the fact that so much more information on bird nutrition and bird care is available now resulting in healthier birds and longer lifespans.

In the 80s and 90s basically all that pet owners would feed their pets were seeds resulting in nutritional deficiencies, illness and premature death.

The second generation of recommended bird nutrition focused on “processed pellets” that were contaminated with artificial flavoring, preservatives and other unhealthy stuff.

If you observe birds in the wild, they will eat a variety of things, fresh fruits, vegetables / plant matter, some seeds, of course, and then often even some insects.

By duplicating the original healthful diet of our parrots owners are now enjoying healthier and happier pets. 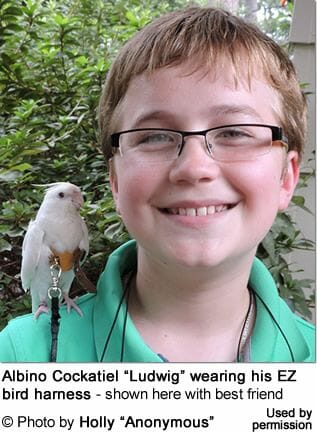 I compare cockatiels pretty closely in personality to the African Grey. Albeit cockatiels are far less destructive and demanding than the larger African Grey, of course.

Both cockatiels and African Greys are generally not really CUDDLY, but they do like to hang out with their ‘human mates” and be preened by them. However, they generally do not like to be man-handled by people and may bite.

Hand-fed, well-socialized cockatiels can form very strong bonds with their owners. Otherwise quiet birds, they will frequently make contact calls with their owners, calls that sometimes can be quite loud if the person is out of sight.

Their popularity as pets is in part because of their calm temperament, to the point that they can even be bullied by smaller but more confident birds such as Budgerigars and the far more aggressive Lovebirds.

Great care and supervision should be provided when mixing cockatiels with other birds. It is not uncommon at all for a larger or smaller bird to maim the cockatiel, potentially creating life-threatening injuries.

Cockatiels can mimic many sounds, for example the bleep of a car alarm, a ringing telephone, or the calls of other bird species, such as blue jays or chickadees. 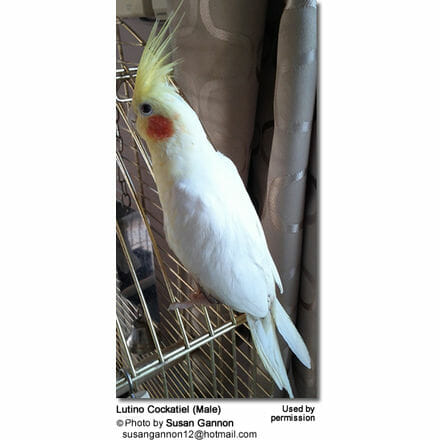 Input from Beauty of Birds Visitors:

Web Resources: Cockatiels are generally easy going and behavioral problems rarely are an issue with them.

However, cockatiels that have been neglected or abused in the past may have developed some issues that may need to be addressed. Valuable tips on parrot behavior and training. 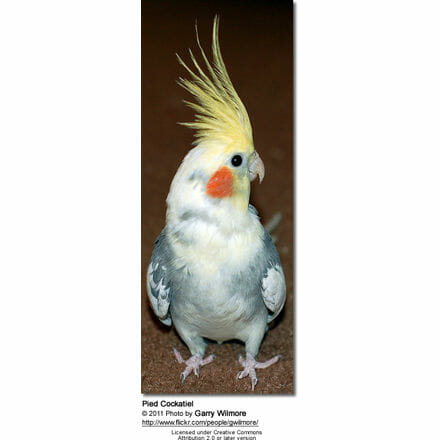 They do deserve a large cage — more of a parrot cage than those tiny cages available at the general pet stores (which I would use for no more than carrying birds in). You need room for toys and possibly a mirror in their cage.

Your cockatiel needs to be able to “roam around”, flap its wings — do the things birds like and need to do for their well-being. The more time they spend in the cage, the larger the cage should be.

Check out this article to know what you should include in a cockatiels cage to make them happy.

I put together an informative website on bird cages, safety considerations, and things to consider when shopping for one.

4 thoughts on “Cockatiels as Pets”