The Major Mitchell is a stocky, medium sized pink cockatoo with distinct yellow and red bands in the crest.

This cockatoo species inhabits the sparsely timbered grasslands of central and Western Australia and generally moves in a nomadic fashion to sites with water and more favorable conditions.

Major Mitchells are usually seen in pairs, often in the company of galahs.

Major Mitchells form strong pair bonds and require an owner who is willing to provide meaningful interaction and socialization. Birds deprived of this activity become susceptible to behavioral problems.

An unmistakable cockatoo of the dry inland, the Pink Cockatoo is the only Australian cockatoo that is salmon-pink below and white above. It is smaller than the Sulphur-crested Cockatoo C. galerita, but slightly larger than a Galah C. roseicapilla.

Its most prominent feature is its large white-tipped crest that is banded in red and gold. With its soft-textured white and salmon-pink plumage and large, bright red and yellow crest, it is generally recognized as the most beautiful of all cockatoos.

It is named in honor of Major Sir Thomas Mitchell, who wrote “Few birds more enliven the monotonous hues of the Australian forest than this beautiful species whose pink-colored wings and flowing crest might have embellished the air of a more voluptuous region”.

Its call is a distinctive stammering whinny.

Major Mitchell’s Cockatoo (Cacatua leadbeateri), also known as Leadbeater’s Cockatoo or Pink Cockatoo, is the only species of its own subgenus Lophocroa. It is a medium-sized cockatoo restricted to arid and semi-arid inland areas of Australia.

Unlike the Galah, Major Mitchell’s Cockatoo has declined rather than increased as a result of man-made changes to the arid interior of Australia.

In contrast to other cockatoos, Major Mitchell pairs will not nest close to one another; in consequence, they cannot tolerate fragmented, partly-cleared habitats, and their range is contracting. 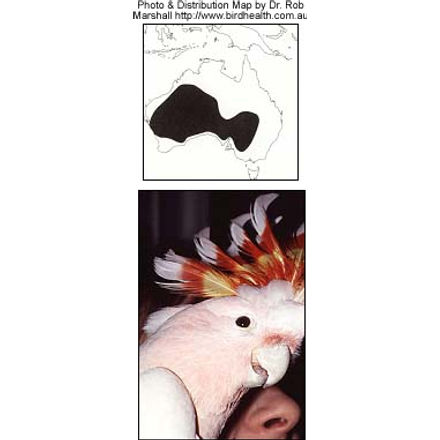 Found across the arid and semi-arid inland, from south-western Queensland south to north-west Victoria, through most of South Australia, north into the south-west Northern Territory and across to the west coast between Shark Bay and about Jurien. In NSW it is found regularly as far east as about Bourke and Griffith, and sporadically further east than that.

What needs to be done to recover this species? 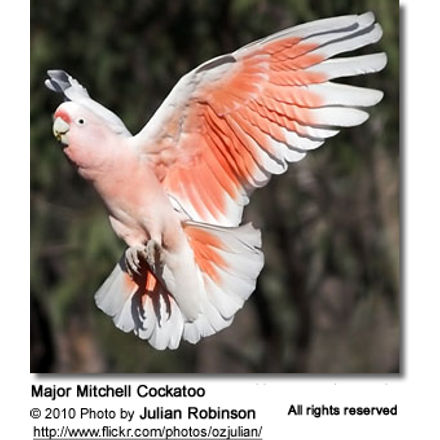 These cockatoos are very challenging to breed. Captive males can be very mate aggressive. The males can kill a hens very quickly.

Double-entry nest boxes are usually preferred to allow a female under attack to escape. Spacious aviaries with plenty of cover are also recommended.

Males need to be taken out of a breeding program if they show aggression towards their mate. 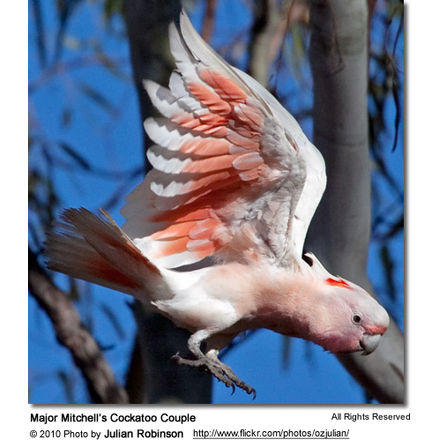 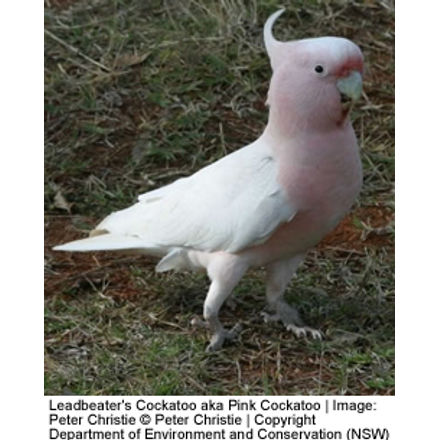