This species was once considered to be conspecific (of, or belonging to, the same species) with the Red-fronted Kakariki of New Zealand but is now considered a full species.

It looks similar to the Red-fronted Parakeet; except the sides of the head, breast and abdomen are much more yellow. The red crown is paler. It is smaller in size. 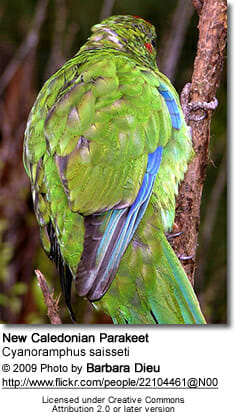 Its natural habitats are subtropical or tropical moist lowland and moist montane forests and shrubland, as well as dry savanna.