The Poicephalus parrots consists of nine parrot species that are native to Africa. Several of the species exist in slightly different forms (or subspecies).

The species most commonly kept in captivity are:

Some Poicephalus parrot species are rare and not known or rare in captivity.

These parrots are very popular in the pet trade and are considered a great choice for those who want to “step up” to a mid-size parrot. Compared to their larger cousins, they are easier to keep in apartments, as they are generally quieter and smaller. They are animated, clowny birds that can learn tricks and many learn to talk.

These parrots do well in one-bird households. Working people have had great success even if these birds are left alone for much of the day, as long as they have a roomy cage and lots of toys to keep them entertained. They do need daily interaction with their owner.

Neglected birds can and will become cage bound and anti social. Most make good first birds. Some are very tolerant of small children, and even friendly around them.

These African parrots are native to various regions of the Afrotropic ecozone, including Sub-Saharan Africa, ranging from Senegal in the west, Ethiopia in the east, and to Cape Horn in the south.

Poicephalus parrots are generally stocky with short broad tails and proportionately large heads and beaks. In some of the species, the gender can easily be identified from variations in feather coloration and sizes; but in other species both males and females look alike. 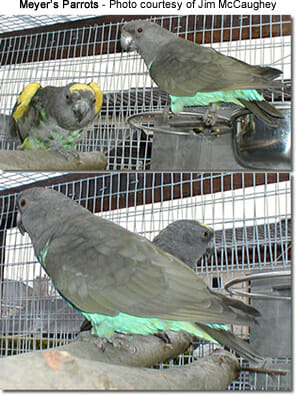 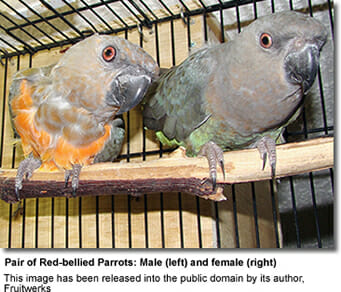 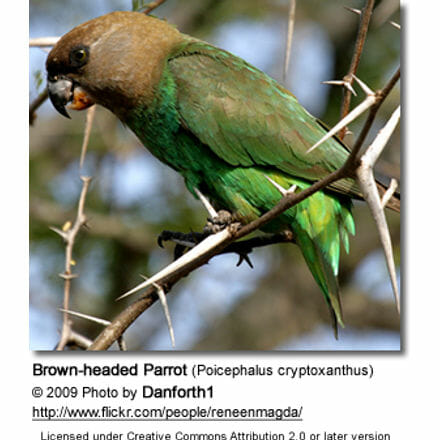 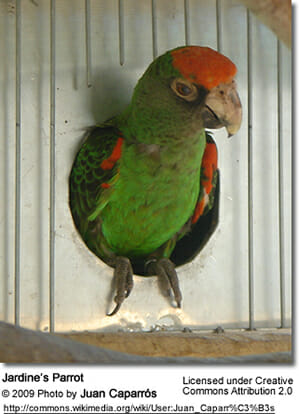 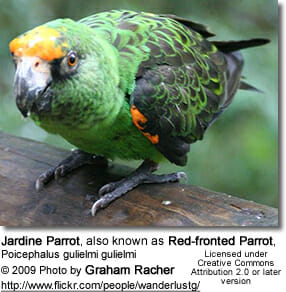