Ringnecks are generally absent from coastal areas in the eastern states, although escaped pets / feral populations may be found around Sydney and the Central Coast of New South Wales and the Tablelands. 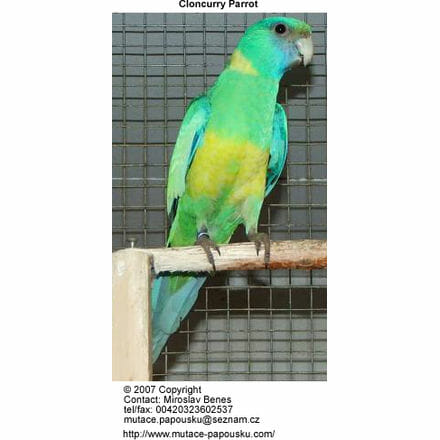 Australian Ringnecks are typically found in pairs (during the breeding seaon) or small flocks (outside the breeding season) over lightly timbered areas, open woodlands and tree-lined watercourses. Seasonal movements are possible depending on availability of food and suitable nesting sites.

However, they are mainly resident or sedentary provided the area needs their needs. Like most parrot species, Australian Ringneck are active during the day, typically foraging for food early in the morning and late afternoon, and will settle down at their favored roosting place for the night.

For conservation purposes, in Western Australia, a license is required to keep or sell / dispose of more than four Port Lincoln Ringnecks. The sale of the Cloncurry Parrot is restricted in Queensland.

This medium-sized species averages 33 cm or 11 inches in length (including the tail).

The subspecies differ considerably in coloration. However, their basic color is green, and all four subspecies have the characteristic yellow ring around the hindneck. The wings and tails are a mixture of green and blue.

For a species side-by-side comparison, ranges and identification, please visit this webpage.

Breeding season for the Northern populations starts in June or July, while the central and southern populations breed from August to February but this can be delayed when climatic conditions are unfavorable.

Australian Ringnecks lay their eggs in hollows in living or dead trees, entering through a hole in the trunk, a knothole or a spout.

The young are fed by both parents and often can be seen at the mouth of the hollow.

Australian Ringnecks feed mainly on the ground, but also in trees and shrubs, usually in the morning and late afternoon, resting in the heat of the day.

This species eats a wide range of foods that include nectar, insects and their larvae, seeds, fruit, and native and introduced bulbs. It will eat orchard-grown fruit, and are sometimes seen as a pest by farmers. They often feed on spilt grain on roadsides.